Monday the ninth of September den niende September we arrived in Singapore tired and excited after a long flight trip with a stop on the way in Qatar. A new culture awaited us already in the airport. Systems and efficiency are needed to keep order in a society such as the Singaporean, which has a population of 5,9 million, while it measures 721.5 km² and this can clearly be seen.

It may seem quite serious with the clear signs that warn against illegal behavior. The fines are huge such as $500 for eating and drinking, $1000 for smoking and $5000 for being in possession of flammable goods in the public transport. Yet, maybe this laws are not that harsh at all and could be seen in other countries. The difference is just the consequences and therefore also to what degree they are followed.

After a cold air conditioned trip in the metro with a fine view of mostly skyscrapers and green trees, we stepped into the heat of Singapore in the middle of a lively and busy Chinatown. Later the same day we visited another neighborhood called Little India, where some of us visited beautifully decorated Hindu temples.

Generally, we saw a multicultural society with place for everyone, despite the clear majority of Chinese in Chinatown and Indian in Little India. Both of these neighborhoods are quite small and in the part we saw they also both have a lot of shops for tourists. It must be considered reality, what we have learned of Singapore as an open society, where ethnicity doesn’t matter much. The first day passed by quickly and that night most of us fell asleep at once after the many new experiences and impressions.

The next day we visited the Danish embassy, where we heard a presentation about Singapore. The presentation presented a picture of a safe country, where you can let your front door stay unlocked at all times, but at the same time a place with death penalty and harsh punishments.

The days are busy and pass by quickly on a trip, so afterwards we visited the National museum. Here we experienced a brightly polished picture of Singapore and it’s history. We were reminded once again of how much Singapore has achieved during a relatively short span of time since the independence from Malaysia in 1965.

Next day arrived before we knew it and this time the program was Nanyang Technological University and afterwards a science museum. During no time we have almost gotten used to the warmth and some of the new cultural customs such as walking to the left and having escalators operate the opposite of in Denmark. Furthermore, we have had time for a one-day trip by ferry to Indonesia to visit a beautiful beach as well as two days at a captivating science festival.

So now the experiences and impressions continue to arrive. 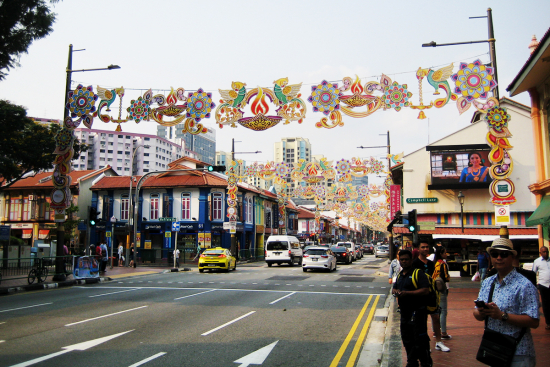