DR. Nermien Ismail Language Schools, which is centrally situated in the Egyptian capital, Cairo, was one of the first schools that we established contact with after we decided to launch Global Citizenship Programme in 2011.

With help from DEDI, The Danish Dialogue Institute, we sent the first delegation to Egypt in the fall of 2011. When the contact was established another visit followed in january of 2012. In April Rysensteen hosted a visit from Egypt and the final contract for the collaboration was signed. (see the picture on the right).

Since the school year of 2011/2012 the class of 2011C has studied Egypt from many different academic perspectives, which among other things, has resulted in a webpage with articles in both Danish and English. And - as you can can see - the Egyptian partner class has also posted articles on the webpage.

One of the latest projects that the C-class of 2011 has been involved in within the framework of Global Citizenship Programme is an extended collaboration with the institute of Cross Cultural Studies at Copenhagen University.

In the fall 2013 the C - class of 2011 were supposed to go to Egypt for their long awaited Global Citizenship visit. But - unfortunately - due to the political unrest in Egypt at the time Rysensteen had to cancel the tour. But in 2014 we all hope and expect that the C-class of 2012 is able to go to Cairo.

See the webpage that 2011C has created her. 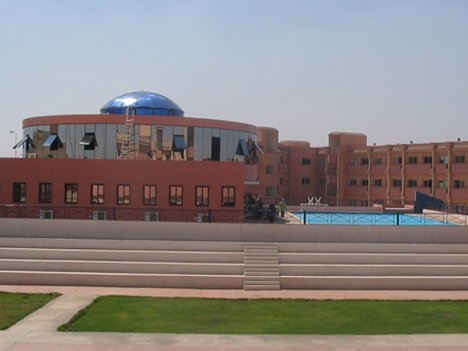